Source
humansarefree.com/HAF
by Ethan Huff
May 26, 2020

It is difficult to understand how a man whose vaccine initiatives have injured and killed untold thousands of innocent children all around the world is now being given a platform to push for mandatory Wuhan coronavirus (COVID-19) vaccination as a condition for ending the lockdowns.

Bill Gates, in case you had not yet figured out the character in question, is pushing not just for mandatory vaccination for the Wuhan coronavirus (COVID-19), but also for “digital certificates” that prove vaccination status.

This is the only way people will be allowed to return to work, assuming Gates gets his way.

But have people forgotten that Gates has spent billions of dollars over the years vaccinating children for other things, all the while inflicting them with permanent injury and even death?

Who is Controlling the U.S. Response to COVID-19: The White House or Bill Gates?

A single vaccine campaign that Gates launched in India for polio ended up causing “non-polio” acute flaccid paralysis (NPAFP), or permanent paralyzation, in nearly half a million children between the years of 2000 and 2017.

After the Indian government demanded that Gates and his cronies leave India following this epidemic of permanent injury, rates of NPAFP dropped precipitously.

But this has not stopped Gates from inflicting similar damage elsewhere, with injury and death tolls that more than likely are in the tens of millions, at this point.

After conveniently ditching the board of Microsoft right as the Wuhan coronavirus (COVID-19) pandemic started to come into full swing, Gates has been doing nothing other than advocating for mass vaccination and indefinite lockdowns until everyone on the planet is jabbed.

Also read: Bill Gates Admits: 700,000 People Will Be Harmed Or Killed By Coronavirus Vaccines and It’s Time To Launch An Investigation Into The Bill & Melinda Gates Foundation For ‘Crimes Against Humanity’.

© REUTERS/Baz Ratner/File Photo
Vast hordes of locusts have overrun at least five states in India, showing no signs of slowing down and adding insult to injury as the country grapples with the twin evils of a pandemic and the aftermath of a super-cyclone.

As if pandemics, earthquakes, explosions, shoot-outs, a typhoon and a super-cyclone weren’t enough for the world to be grappling with, vast swarms of locusts are now threatening food supplies in the second-most populous country in the world, India.

On Monday, the swarms descended on Jaipur, a city of some three million people, with eyewitness video from the area showing the full horror of the invasion.

“That’s it, 2020 is the last year for humankind…!!!” exclaimed one despairing Twitter user.

#LocustAttack in Jaipur…
We are doomed!
Food Shortage incoming… 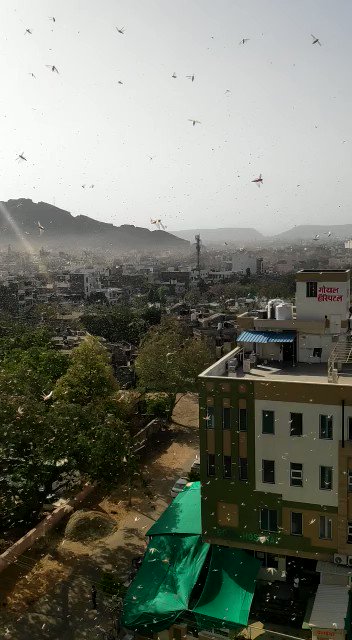 171 people are talking about this

Locusts cover a rooftop in Jaipur on Monday morning 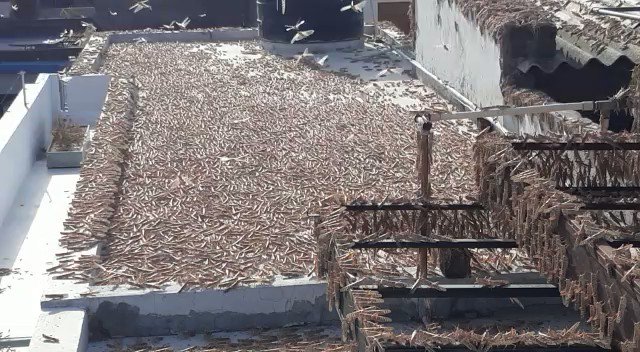 217 people are talking about this

“The current locust outbreak is the biggest in 25 years in Ethiopia and Somalia, in 26 years in India, and in 70 years in Kenya,” explained Keith Cressman, senior locust forecasting officer at the UN’s Food and Agriculture Organization.

The locusts are capable of reproducing 20-fold in three months, and adult locusts can consume their own body weight in food each day. Some 80 million adults can squeeze into just a single square kilometer and fly up to 150km in one day, consuming around the same amount of food as 35,000 adult humans on a daily basis. 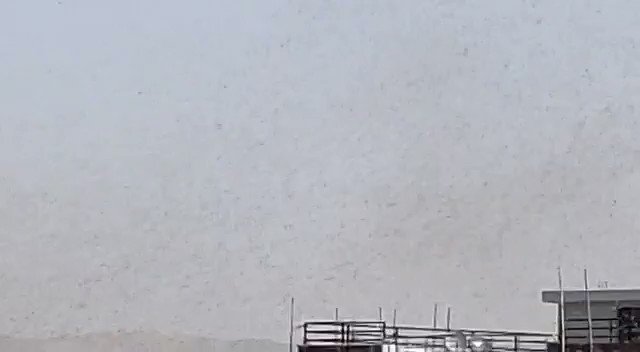 97 people are talking about this

“Summer breeding along both sides of the Indo-Pakistan border was much higher than normal, due to the swarm invasion and the monsoon rains lasting one month longer than normal, allowing up to three generations of breeding,” Cressman added. 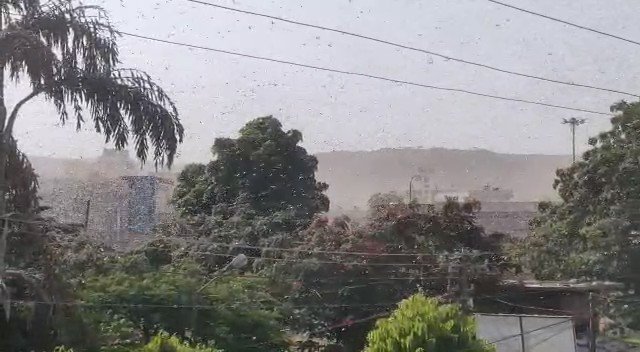 754 people are talking about this

Indian authorities are already stretched thin with the coronavirus response and disaster relief efforts in the southeast of the country following super-cyclone Amphan. Drones have been used to track the hordes, and the deployment of specialized fire tenders equipped with pesticide is being considered.

Mystics of India
Kailash Manasarovar has always been seen as places of Mystical Dimension. However, In this video, Sadhguru shares his encounter with the different kinds of beings (for the lack of a better word, Aliens) that even surprised him. Watch Sadhguru talk about the powerful experience at Mansarovar that left Sadhguru and the pilgrims amazed and flabbergasted. New Delhi (Sputnik): Despite the Indian government giving permission to some sectors to resume work amid the lockdown, the number of COVID-19 has been growing. According to the Health Ministry, the country has over 17,200 coronavirus positive cases so far.

Some virologists in India are becoming concerned that 80 percent of the people with COVID-19 in the country are asymptomatic.

According to virologists, it is difficult to detect asymptomatic cases and they can be found out only after tracing the contacts of people who have tested positive, they say.

“The crucial aspect to combat the virus is to detect the symptoms early. However, 80% of the total number of cases are asymptomatic,” said Dr. Anudita Bhargava, a noted Virology Expert at the All India Institute of Medical Sciences (AIIMS), Raipur, Chhattisgarh state.

She further said that in order to trace the contacts, testing everyone is actually a daunting task.

“Although medical experts across the world have come together in this pandemic time and are inventing new and safer ways to carry out tests.”

Another Virologist, Dr. Naga Suresh Veerapu, at the Department of Life Sciences, Shiv Nadar University, in Uttar Pradesh revealed there is a need to keep a special vigilance in the hot-spot areas so that there is no community transmission of the contagious virus.

“Speeding up the testing of the virus is required to ensure that people are safe, as next few days are really important for the country. Hotspots can become the hub of spreading of the virus so special attention should be given to those sealed areas,” Dr. Veerapu said.

According to the Indian Health Ministry, as many as 543 people have lost their lives due to the infectious COVID-19 virus, while 2,546 people have recovered.